Yesterday the EPA released the final Affordable Clean Energy (ACE) rule. The rule was mostly unchanged from the original proposed rule. EVA’s environmental team has drawn the following takeaways for how the ACE rule will impact the industry: 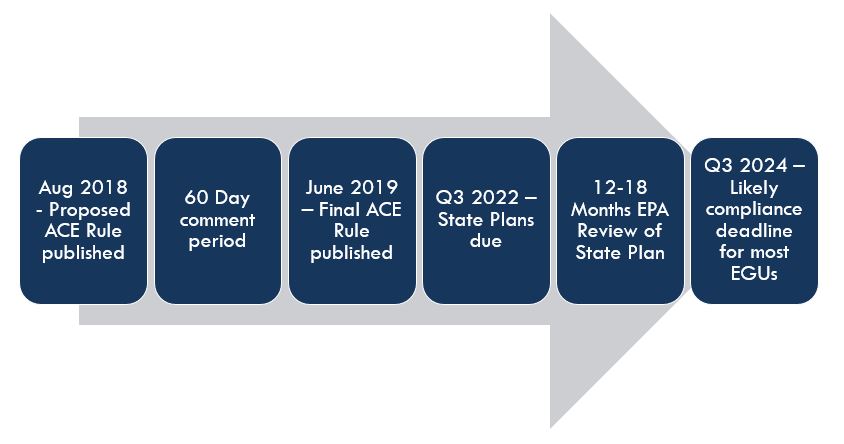 In finalizing the ACE rule, EPA did not finalize the proposed changes to the New Source Review (NSR) process that it proposed along with the ACE rule back in August 2018. While EPA still plans to finalize the NSR changes, EPA also acknowledges that two of the seven candidate technologies will likely not be cost-effective for most EGUs when including the cost for NSR and therefore will likely not be included by states when establishing CO2 emission rate limits. However, EPA did include the two technologies since, in general, their costs are reasonable and cost-effective.