On October 3, 2019, Pennsylvania Governor Tom Wolf (D) issued an executive order directing the state’s Department of Environmental Protection (DEP) to develop a proposal to limit power sector carbon emissions consistent with the Regional Greenhouse Gas Initiative (RGGI), a multi-state cap-and-trade program intended to reduce carbon emissions from the power sector.  The program, which has been in effect since 2009, currently has ten member states, three of which are in PJM.  RGGI’s current member states are Connecticut, Delaware, Maine, Maryland, Massachusetts, New Hampshire, New Jersey, New York, Rhode Island, and Vermont.  Following the recent passage of clean energy legislation in Virginia, EVA expects that state to join by 2021.

Under RGGI, power generators must purchase an allowance for each ton of carbon dioxide they emit either through the quarterly RGGI auction or on the open market through secondary trades.  Auction prices over the past 12 auctions (three years) have averaged $4.40 per ton, but have trended upward.  States have flexibility on how to spend the auction proceeds, and more than half have gone towards energy efficiency programs.  During the first decade since the program’s inception (2009-2018), power sector carbon emissions in member states fell 31%, mainly as a result of substituting coal- and oil-fired generation with lower CO2 emitting natural gas generation, as well as greater power imports from neighboring states.  Allowance revenue from quarterly auctions for the ten states since the inception of RGGI has totaled $3.4 billion.

In February 2020, the Pennsylvania DEP’s Air Quality Technical Advisory Committee released its proposal for the state joining RGGI.  The scheme would cover 48 power plants comprising 125 units.  Additionally, nine waste coal plants would also be covered, though the committee proposed that these plants receive allowances that are part of a set-aside and, therefore, would likely be free.  Waste coal plants in Pennsylvania are covered under a special portion of the state’s Alternative Energy Portfolio Standard and receive revenue from the sale of renewable energy credits (REC).

Power generation in Pennsylvania has risen in recent years as output from large new gas-fired plants has offset the decline in coal generation stemming from retirements and increased competition.  Nearly 7,500 MW of coal-fired capacity has retired since 2012, while eight gas-fired combined-cycle (CCGT) plants comprising more than 8,300 MW of capacity have entered service since 2016 alone.  Thanks to these plants’ proximity to cheap natural gas from the Marcellus shale region, they have operated at annual capacity factors of more than 70% and contributed to Pennsylvania’s status as one of the nation’s top electricity exporters.  Wind and solar currently comprise just three percent of the state’s generating capacity.

EVA has performed an assessment of the impact of Pennsylvania joining RGGI and found that coal burn in the state would fall by an average of five million tons per year during the first nine years of compliance.  Additionally, because of changing relative economics, EVA expects a shift in generation to occur in which fossil generators in neighboring PJM states that do not participate in RGGI will dispatch more at the expense of Pennsylvania fossil generators, which must purchase allowances under RGGI.

While the state DEP has made progress towards joining the compact, uncertainty over its future remains.  Republicans control both chambers of the state legislature, and several lawmakers have said they will challenge the governor’s authority to make unilateral decisions like this one.  Some market participants, however, appear to be more optimistic regarding Pennsylvania joining RGGI soon.   On March 14, 2020, Energy Harbor Corp. (formerly FirstEnergy Solutions) announced that it would no longer retire its 1,800-MW Beaver Valley nuclear plant in Pennsylvania in light of the governor’s push to join RGGI.  FirstEnergy Solutions in 2018 announced that it would retire the plant by 2021 due to weak market conditions.  Beaver Valley remaining in the market will put further pressure on fossil generators in the state as nuclear plants dispatch ahead of coal and gas plants.

For more details, analysis, or policy review related to the industry or to receive a sample of EVA’s Quarterly Environmental Report, please contact Rob DiDona at [email protected] 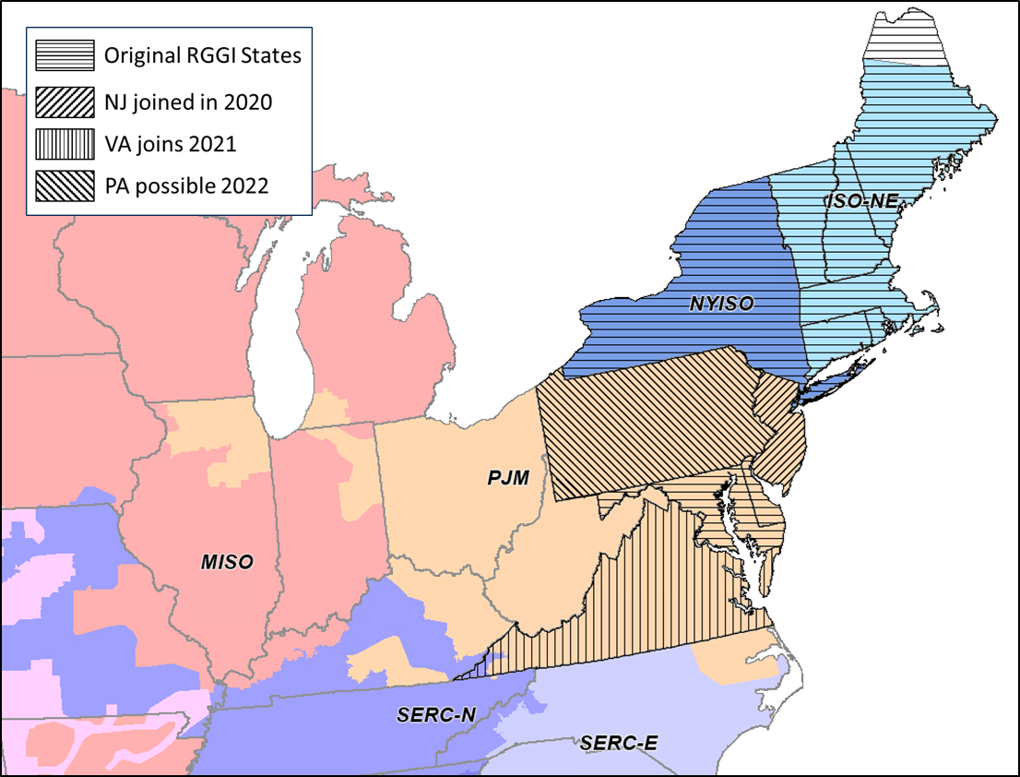